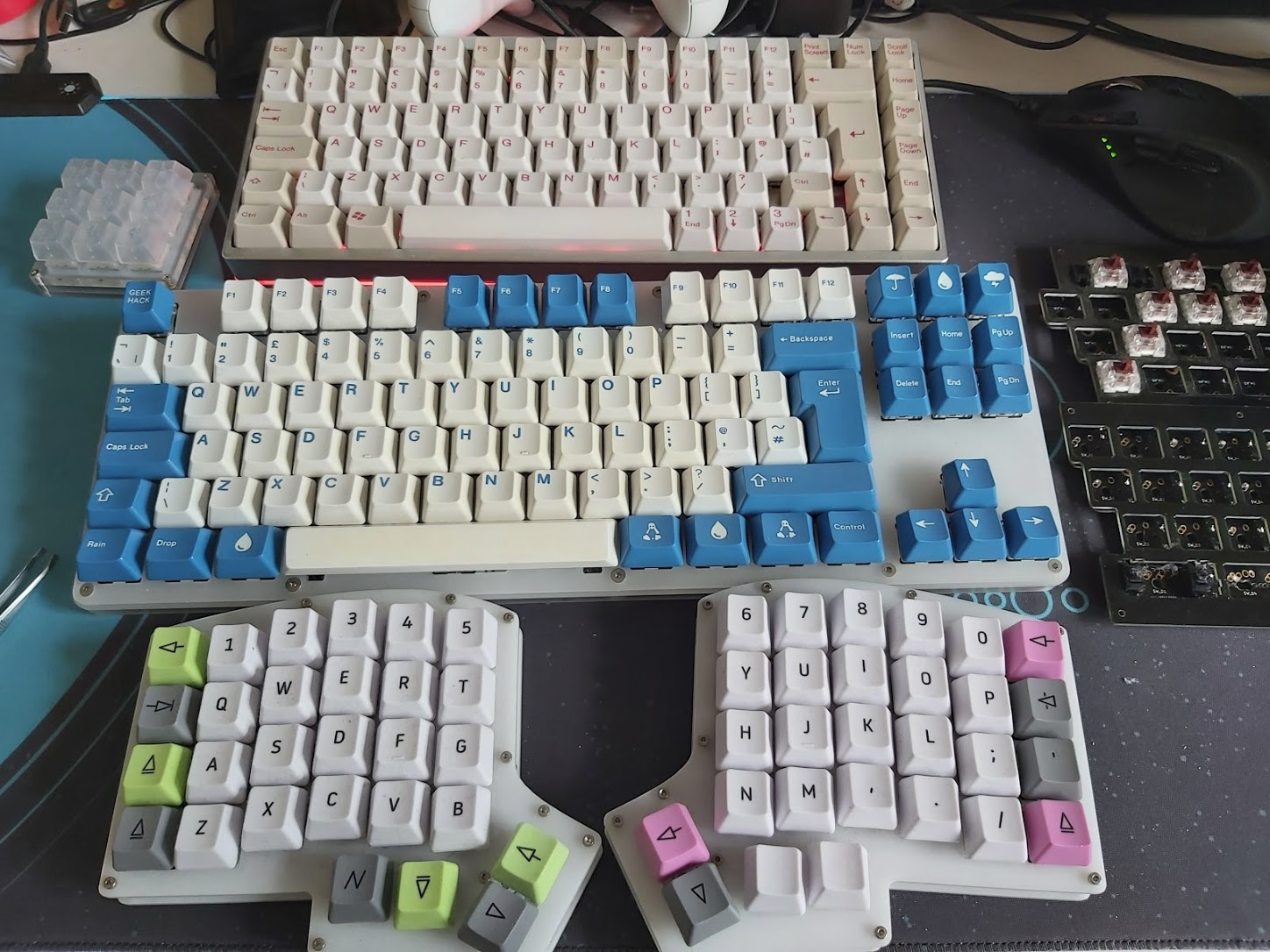 Time for an update on my keyboard collection! After part 1 I’ve expanded the collection and gotten rid of a few.

I really love everything about keyboards, they’re such an important part of my daily life as a DevOps Engineer. It’s taken me a while to get used to some of the layouts.

My next build and hopefully final one is going go to be a Keeb.io Sinc, I suggest you check it out it looks awesome.

In my last blog post I mentions building a Let’s Split, I joined a group buy on Reddit which didn’t go through and we all got ripped off when the runner just disappeared with the money. It sucks but that’s the risk you take, I know only buy from suppliers that I trust 100%.